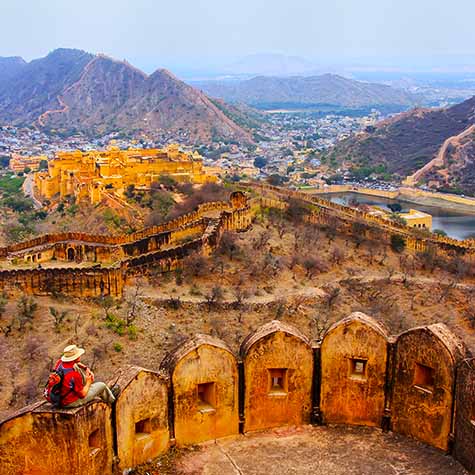 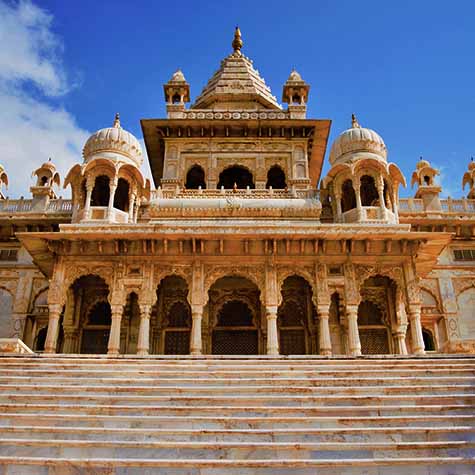 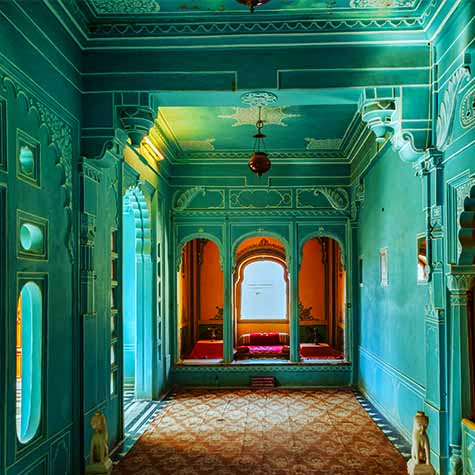 Get your mind and soul rejuvenated by spirituality with the Famous Temple Tour in Rajasthan.

Most of us want peace of mind. Spirituality is something associated with holy places like temples. Many pilgrims travel far and wide to visit temples not only to perform prayers and holy rituals but also to purify their mind and soul through spiritualism.

While we are discussing temples, some of such temples in Rajasthan are worth visiting. They are renowned to be some of the top spots in India not only because they are considered holy but also because of some marvellous architecture that is there on display in those structures.

Here are some of the most amazing spots that should be a part of the Famous Temple Tour in Rajasthan:

Karni Temple in Bikaner :
This is one of the most divine temples in Rajasthan dedicated to Lord Vishnu and Goddess Lakshmi.Inside the temple, you will find many statues of different religions, integrity, etc. This temple is very popular for its famous architecture. Also, you can witness some decorations made with artificial lights inside the temple.

Birla Mandir in Jaipur :
This is also one of the most famous temples in Rajasthan and is visited by many followers throughout the year. This temple is also dedicated to Goddess Mata Karni, who was believed to be an incarnation of Goddess Durga. The statue of Mata Karni is a huge attraction here. This temple is also known as the Temple of Rats as this creature is hugely respected in this temple.

Brahma Mandir in Pushkar :
This is another holy spot in Rajasthan and is visited by many travelers not only from India but also from all across the world. The city of Pushkar has about 500 temples and this is believed to be the most significant amongst them. The famous Hindu God Lord Brahma is worshipped here.

Eklingji Temple in Udaipur :
This temple was built back in the 8th century and is still one of the most popular temples in India. This is a temple primarily dedicated to Lord Shiva and is a very important religious site. Several festivals of Lord Shiva are celebrated here including the Maha Shivaratri, which is organized here very auspiciously.

Ambika Mata Temple in Jagat :
This is another very famous temple is Rajasthan situated in a village called Jagat, which is in the southeast of Udaipur. Goddess Ambika, who is believed to be an incarnation of Goddess Durga, is worshipped in the temple. This temple is also known as the Khajuraho of Rajasthan as its architecture resembles the structures of the Khajuraho group of temples in Madhya Pradesh.

Galtaji Temple in Khania-Balaji :
This temple is also one of the most ancient temples in Rajasthan. The Gods worshipped in the temple are Balaji and Surya or the Sun God. The most popular festival celebrated here is the Makar Sankranti festival.

Sai Dham in Pali :
This temple is a replica of the Shirdi Sai Baba temple. The deity inside the temple is made of marble in snow-white colour. Many activities and rituals are celebrated in the temple with due devotion.

Salasar Balaji Temple :
It is a spot located in the town of Salasar. Lord Hanuman is worshipped here with a lot of faith and devotion. This is one of the oldest temples in India and many festivals are celebrated here during the Ashvin and Chaitra Purnima.

While opting for the Famous Temple Tour in Rajasthan, make sure your tour itinerary covers all the above-mentioned shrines if you want to immerse yourself deeply in the ocean of faith, devotion, and spiritualism.

After reaching Jaipur, our tour representative will receive you and will also help you complete the formalities in the pre-decided hotel. The rest of the day is at leisure. Overnight stay is in Jaipur.

After having breakfast, you will start exploring the city. You will visit Amer Fort, City Palace, Jantar Mantar, Hawa Mahal, pink rose garden along with business centres. Overnight stay is in the hotel.

After having breakfast in the hotel, you will head towards Pushkar. After reaching Pushkar, you will check-in in the pre-decided hotel and have some rest. Then you will visit Pushkar Lake and Brahma Temple in the holy town. Overnight stay is in Pushkar.

After having breakfast, you will proceed to Jodhpur by road. After arriving in Jodhpur, you will check-in in the pre-booked hotel. In the afternoon, you will visit Mehrangarh Fort, Jaswant Thada and the major tourist attractions of Umaid Bhawan Palace. Overnight stay is in Jodhpur.

After having breakfast, you will check-out from the hotel and depart for Udaipur by road. En route, you will stop at Ranakpur Jain Temples. Then you will continue your journey for Udaipur. After reaching Udaipur, you complete the formalities in the predetermined hotel and have some rest. Overnight stay is in Udaipur.

After having breakfast, you will initiate the city tour. You will visit the City Palace, Jagdish Temple, Fateh Sagar Lake, Bhartiya Lok Kala Mandir and Saheliyon ki Bari. In the evening, you can take pleasure in a boat ride in Lake Pichola. You can also visit Jag Niwas Palace situated amidst the lake. Overnight stay is in the hotel.

After having breakfast, you will check-out from the hotel. You will be dropped at Udaipur airport to catch a flight for the further journey.