An opportunity to seek spirituality in Rajasthan 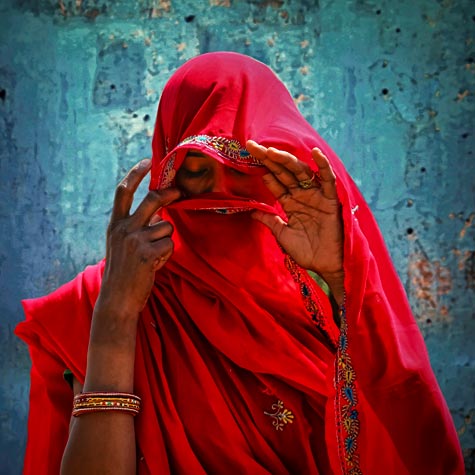 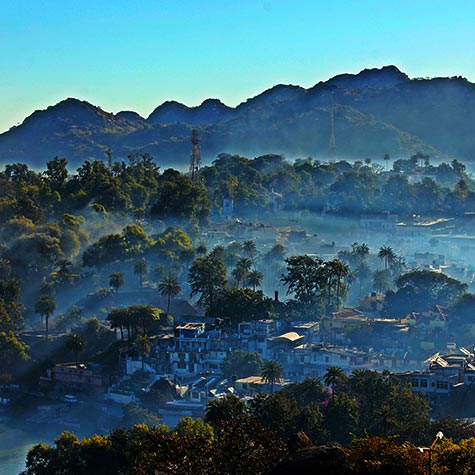 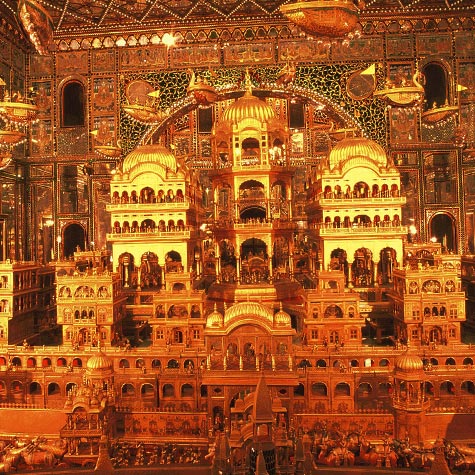 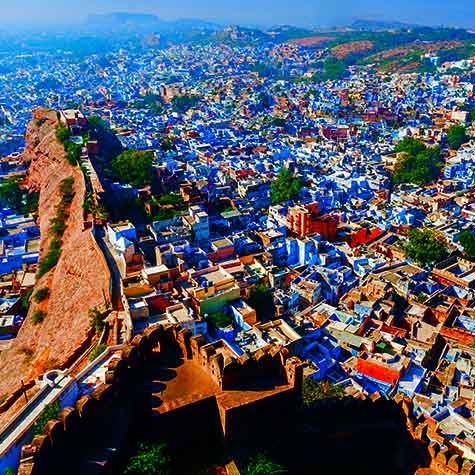 Rajasthan, the land of Rajputs and their glorious valor, is filled with beautifully decorated temples and dargahs. The entire state is surrounded by ancient Jain and Hindu temples which reflect the splendid craftsmanship as well as the close connection of the people with their deities. With this spiritual tour, throughout the state, you can experience a never-felt-before inner peace and tranquility. Several religious monuments of Rajasthan are well known for its beauty and serenity and can impart you a sense of blissful tranquility.

While touring the different cities of Rajasthan, you can experience how different religions peacefully co-exist in the backdrop of ever-changing terrains.

The Jaipur, one of the largest cities of Rajasthan, is an important part of the Golden Triangle along with Agra and Delhi. While touring the city of Jaipur, you can come across different iconic landmarks of Jaipur including the Maharaja’s City Palace, Amer Fort, and Hawa Mahal and so on. The temple of Sila Devi near the Ganesh Gate of Amer Fort is a beautiful temple decorated with Rajputana motifs. Head towards the famous Johari Bazaar for shopping some souvenirs and gifts to take back home after a visit to the temple.

Another important city of Rajasthan is Jodhpur. The city, well-known for its Ghewar and Gangaur festivities, has several iconic monuments and temples of the backdrop of Thar Desert. Jodhpur trip would start from Mehrangarh Fort, India’s largest stone castle. While touring the castle, you must visit Moti Mahal and Phool Mahal, the royal palaces of the kings. The marvelous Umaid Bhawan Palace is also worth a visit.

Mount Abu, the only hill station of Rajasthan, is an important city for pilgrimage for both Hindus and Jains. Home to the stunning Dilwara Temples, built in the 11th – 13th century, the city is surrounded by spiritual tranquility, which is rarely found in the urban cities. The temples dedicated to Jain Tirthankaras (spiritual leaders) are beautifully decorated with traditional motifs and themes. Mount Abu is also the headquarters of Brahma Kumaris, the international society teaching yogic meditation for attaining inner peace.

Udaipur, the City of Lakes is also splendid in terms of religion. On the way to Udaipur, one can also stop at the Ranakpur Temple Complex. Dedicated to the first Tirthankara of Jainism, the entire temple complex is a stunning example of Rajasthani architecture. In Udaipur, you can explore the different stunning lakes like Lake Pichola and Fatehsagar Lake. The Jagdish Temple, near the City Palace, is also an important destination. The temple dedicated to Lord Vishnu, with its glorious marble edifice and intricate design is an important landmark of the city.

Ajmer is an important historical city, well-known for its connection with the Sufism. The historical town has been an important centre for pilgrimage since the time of Emperor Akbar. In Ajmer, you can visit the Dargah Sharif and the tomb of Khwaja Moinuddin Chisti, which will uplift your soul and help you build a divine connection with the Almighty. Besides, you can visit Adhai Din Ka Jhopra, the 12th-century old mosque.

While touring Rajasthan, on a spiritual quest, you will come across different cities and monuments that will instill the feeling of tranquility and peace in the minds of the visitor. These places help you to reconnect your soul with the divine and enjoy its grace.

After arriving in Jaipur, our tour representative will receive you and help you in completing the formalities at the pre-booked hotel. The rest of the day is at leisure. Overnight stay is in Jaipur.

After having breakfast, you will explore the major attractions of the city. You will visit Amer Fort, Maharaja’s City Palace, Jantar Mantar, Hawa Mahal and other places like the rose garden and business centres in the city. In the evening, you can enjoy shopping in the local markets. Overnight stay is in the hotel.

After having breakfast, you will proceed to Jodhpur by road. After arriving in Jodhpur, you will check-in in the pre-booked hotel. In the afternoon, you will visit Mehrangarh Fort, Moti Mahal, Phool Mahal, Jaswant Thada and the major tourist attractions of Umaid Bhawan Palace. Overnight stay is in Jodhpur.

After checking out from the hotel, you will leave for Mount Abu by road. Make yourself comfortable in the pre-booked hotel. You can spend the day as per your desires. Overnight stay is in Mount Abu.

After having breakfast, you will initiate the tour. You will visit Dilwara Jain Temples and Hindu Temples. You can also explore the other tourist attractions of Mount Abu like Nakki Lake and Achalgarh Fort. Overnight stay is in the hotel.

After checking out from the hotel, you will proceed towards Udaipur en route stopping at Ranakpur Jain Temples. Then you will continue your journey and reach Udaipur, the City of Lakes. You will rest in the pre-decided hotel. Overnight stay is in Udaipur.

After having breakfast in the hotel, you will start the city tour. You will visit the City Palace, Jagdish Temple, Fateh Sagar Lake, Bhartiya Lok Kala Mandir and Saheliyon ki Bari. In the evening, you will enjoy a boat ride in Lake Pichola. You can also visit Jag Niwas. Overnight stay is in the hotel.

After having breakfast in the hotel, you will head towards Ajmer. You will visit Taragarh Fort, Ajmer Sharif Dargah and Adhai Din Ka Jhopra. Overnight stay is in Ajmer.

After having breakfast, you will check-out from the hotel. You will be taken to Jaipur International Airport to catch a flight for the further journey. There will be no accommodation provided on this day.