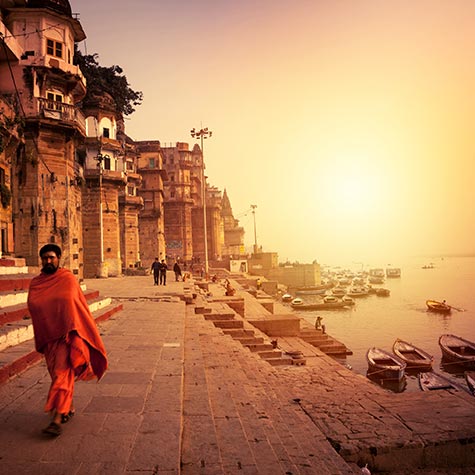 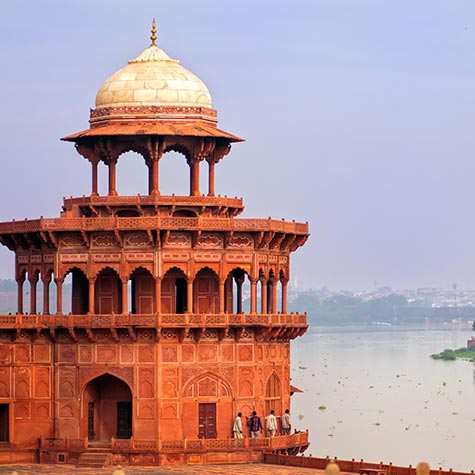 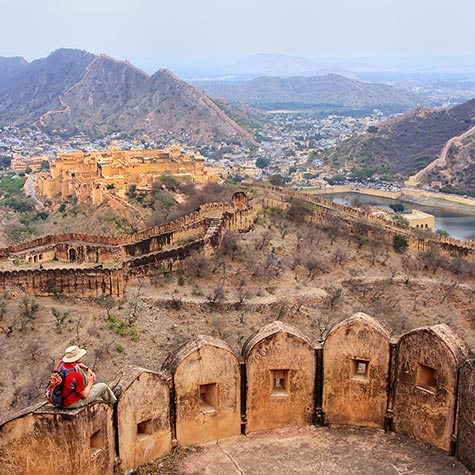 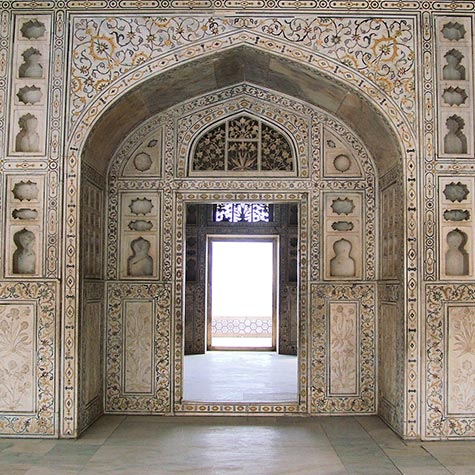 India as a place is unique, with a colourful and vibrant community, ancient architecture and generally a place of peace and tranquillity. For most people, the best way to get a taste of India is to visit the capital city of Delhi and the various popular cities, towns and other tourist spots in and around Delhi.

One such famous route is called the Golden Triangle; comprising of Delhi, Jaipur and Agra, which are among the most popular tourist destinations in India, the Golden Triangle Tour will help you cover some of the best historical sites, national monuments, popular cities, great food and some of the most popular bazaars in India. Typically the tour will start in the city of Delhi from where you will visit Jaipur and Agra to complete the tour. On this tour, you will be able to visit the famous Taj Mahal along with other national monuments, UNESCO world heritage sites, mosques, temples, palaces and whole, unique cities.

Nearby Delhi is Varanasi, which is the holiest place for the Hindus. Located on the banks of the holy river Ganga, it is of great religious significance to Hindus, Jains and Buddhists. And being prominent with some of the most popular religions of India, Varanasi has become a popular cultural hub for the whole of North India in modern times. The city of Varanasi is known for its numerous ghats, temples, as well as palaces and forts of the Mughal Empire. Apart from its religious prominence it is also a centre of arts and learning. It is known as the seat of a number of ancient educational institutions and is home to a number of prominent philosophers, poets, writers, and musicians of India, in the past as well as at present.

Arrive in Delhi, the capital city of India

On the first day when you arrive in Delhi, you will be met by our representatives and shown to your hotel where you will be spending the night. Delhi is the capital of India and has been so for innumerable centuries making it the ideal spot to enjoy the culture and splendour of India of the past and the present!

The 2nd day will be dedicated to the tour of the city of Delhi. You will be taken around both the Old Delhi as well as the New Delhi, and you visit the Raj Ghat, Jama Masjid, QutubMinar, etc. You will be able to enjoy some of the local dishes and indulge in a bit of shopping. Finally, later in the evening, you will be driven to the Delhi Railway station in time for you to board the Delhi-Lucknow overnight train.

Day 3 is totally dedicated to the tour of Lucknow or the Golden city of India. You will be able to experience the city and some popular tourist destinations like the Jama Masjid, RoomiDarwaza, the great Imambara Picture gallery and Residency and Dilkusha palace, etc. You will be spending the night at a hotel in Lucknow.

The morning of the 4th day you will be free to tour the city of Lucknow on your own. In the afternoon, you will be taking a train from Lucknow to the holy city of Varanasi. Once you arrive in Varanasi, you will be taken to a pre-booked hotel to rest and unwind.

A day in the holy city of Varanasi

Known as one of the holiest cities of India, Varanasi is dear to a major chunk of the Indian population. On the 5th day of the tour, you will be taken to the most popular tourist spots in the city of Varanasi, enjoy a boat ride on the River Ganga, experience the unique Ganga Artiand visit Manikarnika and Harishchandraghats. You will spend the day and night at Varanasi.

On the evening of the 6th day, you will be boarding the overnight train to the city of Agra. The morning and the afternoon can be spent as per your choice touring Varanasi and the nearby locations.

Tour of the city of Agra

On arriving at the Tundla Railway Station on the morning of the 7th day, you will be transferred to your hotel. The whole day is then dedicated to the tour of the popular city of Agra, a visit to the Taj Mahal and the Agra Fort.

Travel from Agra to Jaipur and visit Fatehpur Sikri

The highlight of the 8th day of the tour is a visit to Fatehpur Sikri. It is UNESCO world heritage site, and there you will visit the tomb of Salim Chishti, the Jama Masjid, the PanchMahal and the Inland Dawarza, which is the central portico with three arched entrances, and many more. By the end of the day you will have reached Jaipur where you will spend the night.

The whole of the 9th day is dedicated to seeing the Jaipur city. You will visit the Amber Palace, the Jantar Mantar, the City Palace and other popular tourist locations. You can enjoy a ride on an elephant’s back, visit some important temples and shop in the local bazaars.

Return to Delhi for your departure

The final day of the tour will be spent in driving you to the Delhi airport in time for you to board your return flight.