Pay your obeisance to Lord Ganesh for happiness and prosperity. 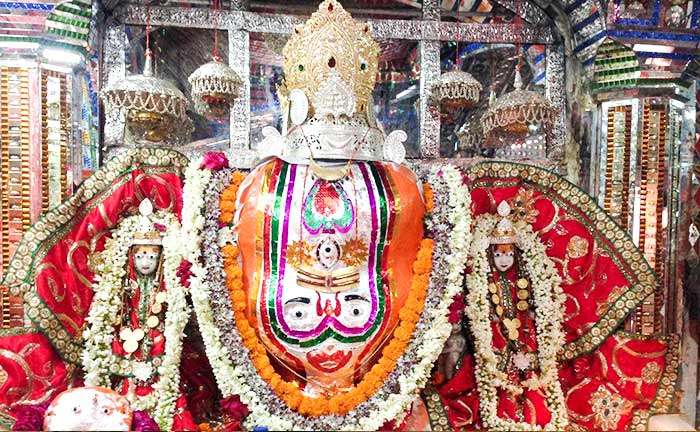 The temple not only has a fascinating way of praying to the lord but also has an enthralling history. According to the legends the temple was built around 1300 by king Hameer dev. When HameerDev was engaged in an on-going battle with AlauddinKhilji and was on the verge of being defeated he dreamt of Lord Ganesh that very night. In his dream the king witnessed lord Ganesh blessing him. The next day miraculously the war ended and a statue of lord Ganesh with three eyes (Trinetra) emerged.

Since then the temple stands strong as a symbol of lord Ganesh’s presence and power. The temple is an important pilgrimage destination for Hindus from all over the world. The temple really comes to life during the auspicious festival of Ganesh Chaturthi. During the time of the festival the temple it attracts and allures visitors from various lands into its propitious lap of nature. In conclusion the Trinetra Ganesh temple is an auspicious shrine with not only a unique history but also an extraordinary and rare way of praying o the god.

Trinetra Ganesh temple is the oldest temple in Ranthambore, Rajasthan and it is also the only temple in which all of the lord Ganesh’s family members reside. The ancient and the marvellous temple of Trinetra is one of a kind. It is a unique masterpiece and has a different way of receiving prayers, requests and thanks from the devotees. The temple is situated in the gigantic and the majestic Ranthambore fort which is situated within the Ranthambore wildlife sanctuary a highly celebrated wildlife in the district of Rajasthan.

Unlike other temples the devotees don’t just bow and fold their hands in front of the deity but also write letters to lord Ganesh, the main deity of the temple. It is said that the temple approximately receives 20kgs of letters everyday, and after receiving the letters the head priest of the temple reads out all the letters to lord Ganesh in hopes that he would fulfil all his devotees’ wishes and bless them. The temple not only receives wish and request letters but also thanksgiving letters, wedding invitation cards, invitation cards to various auspicious functions, and also wishes petitions.