Visit this miraculous temple to understand the power of belief and religion. 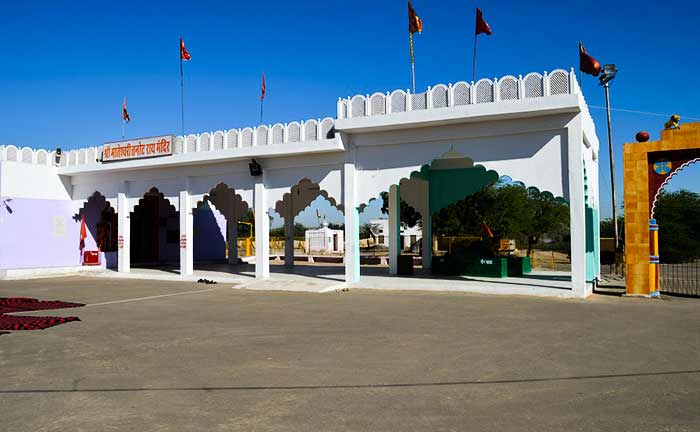 The stories about the temple are really interesting. According to the people, the temple saves that area from the attacks. There is a story of the 1960’s India Pakistan war. The story says that the Pakistani army was trying to attack the Temple area and were bombing the area with Thousands of Bombs but none of the bombs exploded, not even a single one exploded leaving the Temple and the surrounding unharmed.

There is one more story about the next war between India Pakistan in the 1970’s. The Pakistani Tanks were attacking India and when they tried to attack the Temple area their Tanks were stuck and were not able to move. Later the Indian Air Force found and targeted those stuck tank troops of Pakistan, hundreds of their troops were killed in this way. According to the people and their beliefs the reason behind those tanks being stuck was the sacredness of the Temple. There is a place in the Temple where people tie their Handkerchiefs to the grills, rods or poles for their ‘Mannat’ (desire or wish that they pray for) to come true.

The Tanot Mata Temple is situated close to the India-Pakistan border in a village named Tanot in Jaisalmer District of Rajasthan. This village has a low population (not even a thousand) and very few houses. The village is in the middle of Thar desert and is far away from the city. and sand dunes on both sides of the road makes a great scenery. The feeling of peace one can get at an attack prone place is weirdly amazing.

The road trip to the Temple will be something you will really enjoy. The long-deserted areas. The maintenance and management of this temple is not done by any community or organisation in fact the Indian BSF (Border Security Force) itself handles those things. There is a museum in the Temple where some of the bombs are kept at display from the 1960’s war incident. The BSF men have huge respect for that Temple and they even take some soil from around the temple area and apply that on themselves and their vehicles. They believe that sacredness of the Temple will help with their safety.

Even though, there are few restaurants and tea stalls in the area it is suggested for the tourists to carry sufficient amount of food and water which should be enough for them till the return. One more suggestion is to not depend on your mobile phones for anything because the chance of network availability throughout the way and the temple is very low. Another tip is regarding the clothes, temperature there will be too hot given the condition that it is a desert so choose the correct clothes and prepare yourself accordingly.