Be mesmerised with the spiritual atmosphere of this fascinating temple. 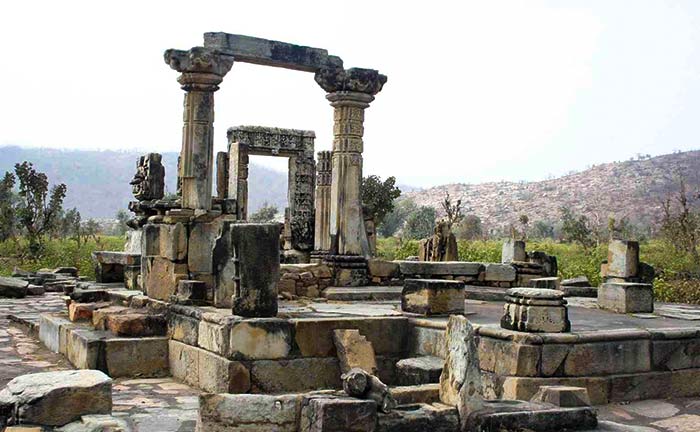 This temple is dedicated to one of the most prominent and revered God in Hinduism known as Lord Shiva, the destroyer of the universe. He has many names, out of which, Neelkanth is one of them. He is called so due to the color of his neck. “Neel” means blue and “kantha” means throat, so one who has a blue throat is known as Neelkanth.According to Hindu scriptures, the churning of sea was resulted in giving out both nectar and poison. He was the only one who could consume the poison in order to save the world, so he did and got a bluethroat due to the poison he ingested.

This temple was built between 6th to 9th century by MaharajadhirajaMathanadeva. In an inscription dated 961 A.D., it has been stated that he was a local Pratihara feudatory. The temple gives a marvel example of Pratihara Architecture.

The site, where the Neelkanth temple is situated, was anciently known as Rajyapura and later it was known as Paranagar. It is situated near the Sariska Tiger Reserve, so you will get the opportunity to visit two important places of Alwar at one go.

About the temple complex

Though most of the temple structure has been dilapidated due to various external factors, still its art and architecture will make you wonder of the craftsmanship of those skillful Indians of bygone era. It is also regarded as one of the important religious places for Hindus due to the utmost devotion of people towards Lord Shiva.

In the temple complex, you can find a “Rangamandapa”(a kind of pavilion mostly seen in Hindu temples) with three PanchaRathas(Five-chariot or chariot of five Pandavas mentioned in the book of Mahabharat, an epic of Hinduism) having three deities inside it. But now there is only one left out of three dues to the apparent destruction. This one houses the “Shiva Linga” where devotees do puja and worship Lord Shiva. It has been decorated with three different sculptures in North, East and South.

If you are in Alwar, along with visiting all those popular places, never forget putting Neelkanth temple in your list.