An important part of the culture of Rajasthan, this temple is a must visit ! 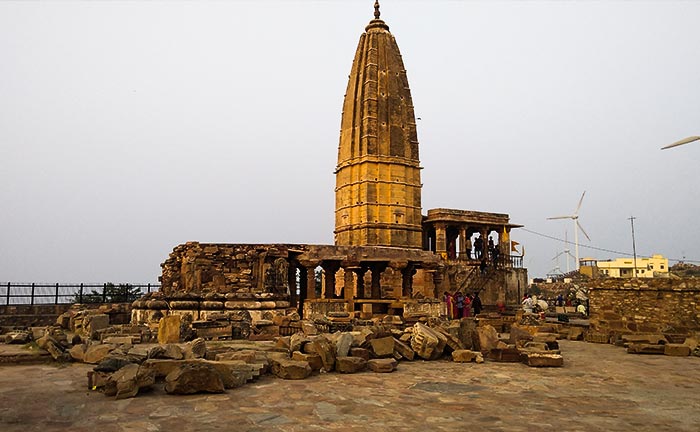 Placed in the arms of Aravallis, stands an astounding temple yet again devoted to the great Lord Shiva and his incarnations. The premises around the temple is more than 200 years old and was first invaded by the ruthless Mughal Emperor Aurangzeb. After the invasion the Harshnath temple was completely destroyed and still stands in the same way it was left after the brutal invasion. However, in 1718 AD Rao Shiv Singh had rebuilt the area near the temple and had built a number of shrines devoted to Hindu deities. As bold and as remarkable as the deity himself, the Harshnath temple is known to stand proudly in the midst of the mountain ranges.

The current condition of the temple is that it remains in ruins. The after effects of the invasion had a hard-hitting impact on the structure of the temple out of which it has never been able to recover itself. However, the only thing that the invasion could not destroy was the awe-inspiring architecture that still stands true to its beauty. As you enter the premises the first thing that can be seen is Nandi, the Bull that used to carry Lord Shiva. Further inside, you will see the sculpture of Goddess Parvati (Wife of Lord Shiva) with her attendants. The intricate details shown on the pillars, different forms of sculptures of other Hindu Gods and Goddess makes the architecture of the temple breathtaking.

Further inside of the temple, you can see the main Mandap (a place where all the major and important rituals took place) is situated and Lord Shiva like a gallant is seen resting in his place. The images depict a beautiful poem explaining the activities of Goddess Parvati and her attendants. The temple, like any other famous Hindu temple is made facing the east direction from where God of Sun rises every morning.

Festivities around the Year

Harshnath temple is famous for gathering hundreds of devotees every year to celebrate Shiv Ratri, a festival celebrating the marriage ceremony of Lord Shiv with Goddess Parvati. A number of rituals and aartis take place every year and people offer their prayers to the lord. The festivities take place in the month of February and March every year.

If you happen to be around Sikar, then you must visit this temple and witness the amazing architecture for yourself.