The most revered deity in Hindu Mythology!

Pay your obeisance to the most revered deity in Hindu Mythology! 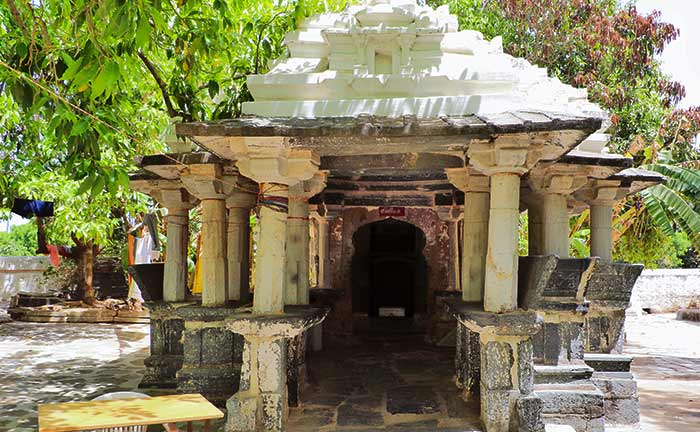 The AchaleshwarMahadev Temple is located just near to the Achalgarh Fort in the villageAchalgarh. It is about 11 kms north of Mount Abu. The fame of Mount Abu as a place is due to the fact that it’s the only hill station in Rajasthan which seems to be the abode of many religious and spiritual places. There are 108 temples of Mahadev(well known as Shiva) located in and around this popular hill station of Rajasthan.

This temple has an interesting history of how from being covered with lime it came into its present condition. You can find a huge statue of Nandi, the divine guardian of Kailash(home of Lord Shiva), along with two giant buffaloes in front of the gate of the temple. It is said that Nandi, who was made of an alloy of five different metals called “PanchDhatu”, protected the temple from getting destroyed by the Muslim invaders by releasing untold numbers of bumble bees towards them.

However, in 1979, the crown prince of the Sirohi noticed something looking like marble under the layer of lime and asked the fine archaeologists and artists to get a look into the matter. Layer after layer the lime got removed carefully by the artists and the splendiferous architecture covered with lime was revealed. During the renovation of the sanctum sanctorum of the temple, it was found that it was not built with brick rather with a huge block of marble. After unearthing more, a path was found around the sanctum sanctorum which, according to Hindu custom, was for circumambulation.

The Dashavatara temple made everyone awestruck! There is a semicircular pit within the temple where the devotees pour water on the right toe of Mahadev, but none of them has any idea where the water goes. So the locals believe that the pit is the way to the “Naraka”(the netherworld).

Out of 108 Shiva temples, AchaleshwarMahadev temple is quite famous for its unique beauty and distinct way of worshiping than it happens in most of the Shiva temples. You can’t find a “Shiva linga” here like it is mostly found in other temples dedicated to Lord Shiva, rather you can find people worshiping the toe of Shiva. Due to that very fact that this is the only place where, instead of Shiva linga, toe of Mahadev is worshiped, and that’s the reason it is unique among all the Shiva temples of India.

If you are in Sirohi or in Mount Abu, this temple is a must visit place you should put in your list.