Explore the amazing architecture of this ancient marvel! 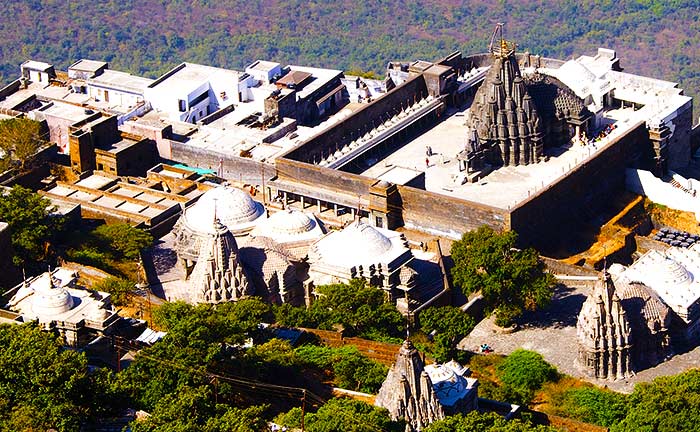 The Junagarh fort, formerly called Chintamani fort, is situated in the city of Bikaner in the state of Rajasthan, India. It is one of the few forts that are not built on a hilltop. It has gained quite a legendary status because despite repeated attacks from the other kingdoms it has remained largely impenetrable. Only a lone one-day occupation by Kamran Mirza has recorded in its long history.

Before the fort was built, there existed an old stone fort which was constructed by the first king of Bikaner RaoBika, from whom the city derived its name. RaoBika was the second son of Maharaja RaoJodha who was the founder of the city of Jhodpur. Since he had no expectations of inheriting the kingdom, he decided to make one of his own.

But Bikaner fully flourished under Raja Rai Singh. He accepted the suzerainty of the Mughal Empire was given many accolades and jagirs. He was the general of their army and led many successful exploits against the other countries. He became an expert in arts and architecture from the knowledge he gained from the various countries he sojourned in. It is amply reflected in the construction of the fort.

Architecture of the Junagarh Fort

The Junagarh fort presents an intimidating structure. It was originally a rectangular structure with a moat around it. The moat however no longer exists. Junagarh fort has seven entrances and has a 986m long wall with 37 bastions. The Suraj Pol and Daulat Pol are two main gates of the fort. Suraj Pol which means the sun gate is east facing and was the main gate of the fort complex. The Daulat Pol has the handprints of the royal woman who had committed sati in the pyres of their deceased husbands, at the Sati Stambh. The Chand Pol, Karan Pol and Fateh Pol are the other inner gates.

There is a total of 37 palaces inside the fort city complex along with a number of pavilions and hindu and jain temples. The main features of the fort are the carvings which are done in red and yellow sandstone. The fort has many rooms which are done in the traditional Rajasthani style.

The palace complex has some beautiful structures within its boundaries. Palaces made of marbles and yellow and red sandstone make a stunning collection of kiosks, windows, balconies and courtyards.

The Zenana is the latest quarters which are extremely lavish and are a display of unique artistic skill. The royal ladies would reside here. While they were an important part of the household, they were not really involved in the matters of the state. They made use of these carved stone screens for interaction with others. These screens can be seen displayed here.

Other structures of interest may be.

Badal Mahal or the Palace of Clouds is known to have beautiful frescoed walls, which show Lord Krishna and Goddess Radha, amongst rain clouds.

It is a multi storey structure, which functioned as the government headquarters of the ruler. The rooms are beautiful with ornate wooden ceilings with glass inlay work. The floor has Italian tiles and the inner walls of the palace have exotic red and gold lacquer work. Gold plated leaves cover the white plaster pillars.

Chandra Mahal or the Moon Palace has the most luxurious rooms in the fort. The royal bedroom has strategically placed mirrors so that the emperor could see any intruders.

PhoolMahal or Flower Palace uses mirrors for decoration. It was built by Raja Rai Singh.

It is the grandest of the palaces and was built by Karan Singh to celebrate his victory over Aurangazeb. It has stained glass windows and carved balconies in the royal Rajasthani style.

It was built by Ganga Singh in the 20th century. It had a large hall, the Ganga Singh hall that serves as a museum. The museum has a vast collection of jewelry, arms and ammunition, portraits, textiles and costumes belonging to the royal family. These are known as 'Farmans'..

The rich collection of costumes, carpets and other textiles are a wonderful display of workmanship of the artisans, showcasing works like the Zardozi, Badala and Kalabhut.

The museum also has a Mandir Gallery handmade poshaks(clothes), jewelry and mukuts (crowns) which us said to have been worn by the resident Goddess or the Kul Devi of the royal family. The portrait gallery has a number of black and white portraits and miniature paintings of royals in all their finery as well as group photos of significant events in the history of Bikaner.

The Junagarh Fort is rich in culture and heritage. The walls of the fort are a testament to the tales of valour and victory as these unconquerable walls of the fort have witnessed countless tales over so many centuries. The architecture of the fort symbolises the amalgam of various cultures in India as is seen by its design and technique. This fort is truly a representation of India's vast and diverse cultures and shows the love its people had for art and design. Therefore, this fort is a must visitfor the lovers of architecture and history as it stands proudly, a perfect specimen of both.