Constructed Almost 300 years ago, this amazing fort will still hold you awestruck. 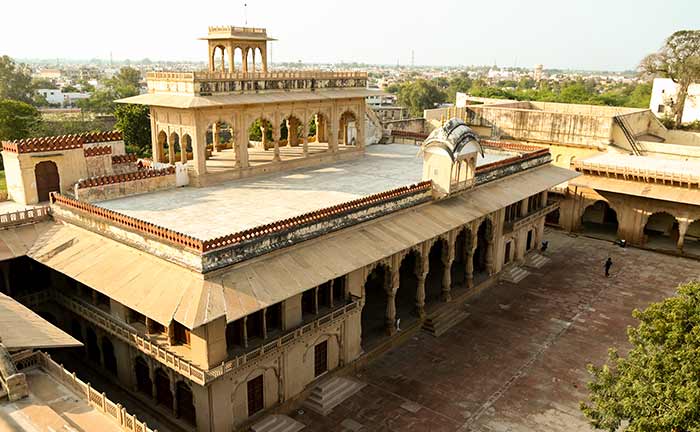 If you are in Bharatpur to visit the famous bird century, then you should consider keeping this fort in your itinerary. You can find many forts in India especially in Rajasthan built by kings in ancient and medieval periods to protect the city from the invaders. Once you pay a visit to this fort and experience it in your own eyes, it will tell you about the history and architecture of India along with the craftsmanship spirit of bygone Indians.

As Rajasthan is a place situated on the border of India, so it had been used as the gateway to enter into the Indian territory by the foreign invaders. As soon as they entered into its territory, they used to ransack houses, kill people and capture their cities. So, to avoid such vicious attacks of those invaders, kings of those unprotected cities used to build forts so that the enemy can’t enter into the city so easily.

History and Construction of the Fort

Lohagarh Fort is one of the well-known forts located in Bharatpur city of Rajasthan which was built by Maharaja Suraj Mal in 1732 on an artificial island and took eight years to complete. He is famous for building other such forts and palaces in his kingdom. It needed large number of manpower and significant amount of wealth to build such impregnable fort, as the name of the fort itself says-- “Lohagarh”, which means, Iron fort(Loha means Iron and Garh means fort).

This high fortified rectangular fort of 2872 meters perimeter is strengthened by 34 bastions. The fort has two entry gates located in North and South sides. The gate, located in the North side, is called Ashtadhatu (eight-metaled) gate and adorned with the pictures of gigantic elephants, whereas the gate facing the south is called Chowburja (four-pillared) gate. It is said that the gates, which were originally belonged to the Chittorgarh fort and taken by AlauddinKhilji to Delhi, were brought from Delhi in 1764 by Raja Jawahar Singh after the Jat armies become victorious over the Mughal. The fort is surrounded by a moat varying 41 to 72 meters in width filled with water up to a depth of 8 to 10 meters which used to ward off enemies and made the city inaccessible to them.

There is a folklore associated with the fort which says that if the crocodile would swallow all the water of the mote, the fort would fall down! However, the height of the fort is 100 feet with a width of 30 feet. The outer part of the fort wall was made up of brick and mortar, but the inner side is made up of mud which was strong enough to sustain the cannon fire.

Main attractions in the Fort

The fort is comprised of many significant structures such as JawaharBhurj, court and palaces, havelis, horse stable, cannon points, residential palaces, temples, statues and museum. The JawaharBhurj was built by Maharaja Suraj Mal, but the pavilions over it were erected by Maharaja Jawahar Singh in commemoration of his victory over Delhi. One pavilion, out of three, is painted with epic scenes. Beside JawaharBhurj, you can find other seven Bhurjs or towers on which the cannons were installed. You can see an iron pillar known as Vijay Stambh or Victory Column inscribed with the genealogy of the Jat rulers who considered themselves to be the descendent of Lord Krishna, thus calling themselves as YaduvanshiJat.

You can get a panoramic view of the entire Bharatpur city from an ASI protected section of the fort. If you want to explore the fort completely, you should take your food and drinks with you as you need to walk through a lot of stairs and slopes.

It is highly recommended to go and visit the museum as you can see many artefacts, armours, weapons and artilleries dated back to that period. If you are someone curious to know about the art, history and antic collection, this museum is worth spending some time at. The museum used to be the Sandstone Durbar or Maharaja Meeting Hall where the king used to call meeting. You can notice carvings on the wall along with large pillars and archways.

There are two worth visiting temples named Ganga temple dedicated to goddess Ganga and Laxman Mandir dedicated to the younger brother of Lord Rama.The architecture of both of the temples is commendable which has a distinct impression of Jat craftsmanship.

This fort is now under the careful observation and protection of government of India due to some of its structures getting dilapidated. The Archaeological survey of India(ASI) is now looking after the fort and doing all the renovations and reconstruction works to get it back to its old glory. If you are planning to explore different places of Bharatpur, this place definitely deserves your time and attention.