A marvellous piece of architecture that is bound to captivate you! 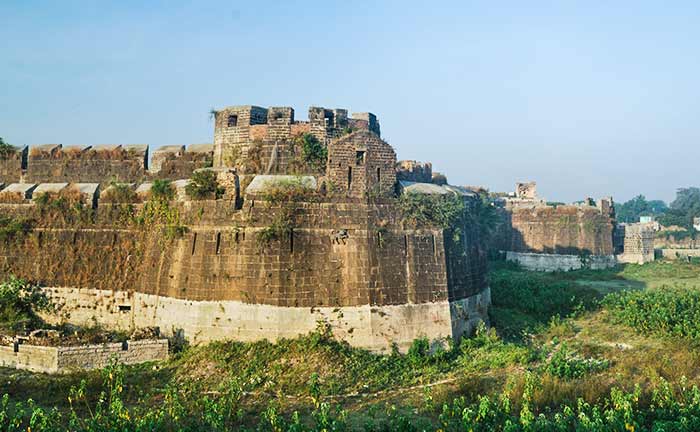 Fort means a strong building that is used for defences mainly and this huge Khander fort is magnificent in its own. It’s a must visit thing, as we all know that Rajasthan has always been famous for its culture traditions and royalty.

The fort is located in the municipal corporation of SawaiMadhopur which a city is full of rich culture and heritage. SawaiMadhopur is a very well planned out city and was built by Maharaja madho Singh the first who was also the Maharaja of Jaipur.

The Khander fort was a very coveted fort. The mountains and the steep hills made any siege on the fort very difficult. It is a very popular saying that the fort and the people inside it never lost a war. It was such a favourite strategic spot among the rulers that many kings fought and won many wars for the fort.

The fort being so coveted was passed through many hands throughout the years. The first documented rulers of the fort were the rulers of Mewar. When the Mughals came to India, the fort passed into the hands of the Mughals. During the 18th century when the Maharajas of Jaipur were at their peak, they won over the fort with the help of the British. The Mughal Empire which was already on the decline could not win over the two combined powerful armies. They finally ceded over the fort to the Rajputs.

This fort also belonged to Bargujar Kings and was attacked by AllaudinKhilji.It is very near to the river Chambal and even Banas.

One first impression, the fort seems like a massive and intimidating stone structure built on an equally intimidating hill with its steep climb. It makes you think of the difficulty of the medieval period when people climbed such places without the cars and other powerful engine vehicles that we have today. The massive fort with its grey walls is surrounded by hills which are run over by greenery. The main centre of the fort is surrounded by the walls on all the four sides. The walls have four bastions, each of the bastions overlooking a cliff. Though there are many cracks and, in some places, and in some the walls have crumbled down, it remains a strong structure with most of the wall still intact. Many of the tall archways sadly are now in a half-broken state but one could still make out that the archways had been magnificent once with its huge carved stone pillars. The feel and the atmosphere around the palace are one of grandeur in its silence.

Since the Rajputs were the last rulers of the fort, a number of Hindu and Jain temples can be found here. There is the Hanuman Temple in the idol is carved out of a single stone. As hanuman is the supreme protector in Hindu Mythology, this idol showcases a demon at the feet of the god Hanuman. On the topmost part of the fort, there is the Rani Mandir which was made especially for the royal ladies of the family. The Rajputs were known to be very religious and performed many rituals before going off to a war as they believed that it was very auspicious for them. There is also another temple which has a four-armed god.

The temple areas also hold an annual fair which is flocked by pilgrims and tourists alike. People come to sell many objects which are used during a puja ceremony. It is also visited by hermits as the fort is also considered a very holy place.

The water tanks that were used by the people residing the fort are also still intact and the place also offers a fantastic view of the city.

The fort tells the story of the Kings who fought and lost. The paved roadways make us picture the armies that may have marched these roads. The stillness in the atmosphere is not stagnant but it contains the hint of the pride and the bravery the people inhabiting its walls were famous for. Each siege the fort ever faced left behind stories of bravery, sacrifice and even cowardice that every war story inthe world does have. The walls must have witnessed hundreds of festivals of different cultures and of different rulers. A thousand deaths and a thousand birth and through it all the fort stood tall.

If you are planning to visit Rajasthan you must go to this place, its beauty and magnificence cannot be expressed in words.

A trip to this place won’t leave you disappointed, it’s all in history and past which you can feel in it, all the fights and battles which have been fought there, every wall of the fort tells a story. It’s not very difficult to reach there, and all the efforts will be worth the view.