A traditionally constructed Rajasthani Fort that offers you an insight into the history of this fascinating state. 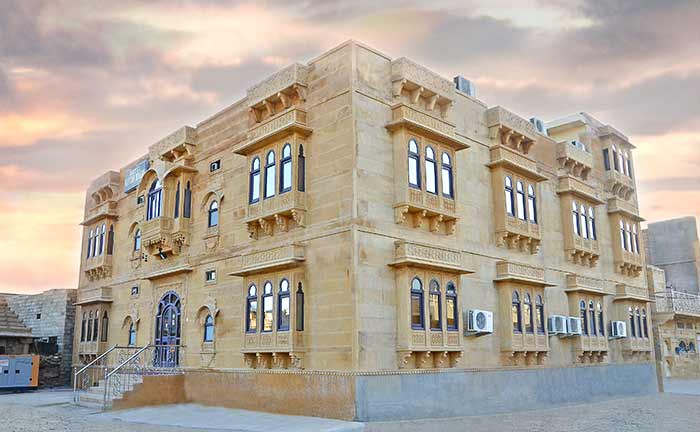 A small town in Rajasthan, Jalore, also known as ‘Jalore’, is situated in the state’s South Western part. It is the secretarial head office of the Jalore locality. From Jodhpur city, it is about 140km. In previous times, Jalore was known as Jabalipura, thus christened after a Sage. Jalore was a city full of life during the 8th century. Jalore came under the supremacy of Paramaras, in the 10th century.

The main attraction of Jalore city is the Jalore fort. It was one amongst the 9 fortresses, constructed by Paramaras, during the 10th century. The fort is one of the most non-assailable fort, amongst others in India. It had got conquered by many, from the Chouhans, to the Parmars, Popabai and lastly the Muslims. The fort is projected forwards, while having a rocky structure. It is about 1200 feet high. Cannons are mounted upon the walls and the bastions. The entrance gates are huge, and one can get inside any of the four gates, after crossing a meandering slope. The gates are known as Dhruv Pol. Suraj Pol, Siroh Pol and Bal Pol. During the recent times, the chief palace is a deserted place, while certain carcasses are left behind. A handful of mosques inside the Jalore Fort is believed to have been constructed through the aid of the carcass of Hindu shrines and 8 Jains!

When or in which year the Jalore fort was erected, was still a mystery. The exact year of construction is not known. On the contrary, it is believed that, it got erected during the8th to 10th Century. The Jalore Fort had undergone political nuances, till the final reign.

The fort is balanced on top of a vertical and steep mountain, thus having a construction based on the Hindu architecture. The fort thus commands over the town, from the rocky projection, with a height of 1200ft (approx.). Though having the four massive gates of the Jalore Fort, the access route is only from one gate. The entrance of the gate is from the North Side. Hence, one has to climb up to reach the top, for an hour.

The Chief Gates or Poles

As mentioned earlier, there are present four main gates. The Suraj Pole, or the sun gate is constructed in such a manner, that the rays of the sun, penetrates fully through the Main door. A small watch tower is constructed above it. Comparatively, Dhruv Pol is less complicated, against Suraj Pol, weight wise.

Inside the Jalore Fort, mosques, known as the KillaMasjid, inside the fort is a notable one. It thus reveals the prevailing authority of the structural embodiments connected to the Guajarati style, belonging to the other half of 16th century.

Inside the temple, an old Shiva temple can be seen, which was constructed by King Kannhadev of Jalore. Moreover, a refurbished triple temple is also present, which are devoted to Ashapuri, Amba Mata and Hanuman, respectively.

Jain temples are to be found inside the premises of Jalore Fort, along with the ancient shrine of Lord Adinath. It got constructed in the 8th Century. The whole edifice is of white marble and is indeed a splendid one.