An amazing location with some interesting attractions ! 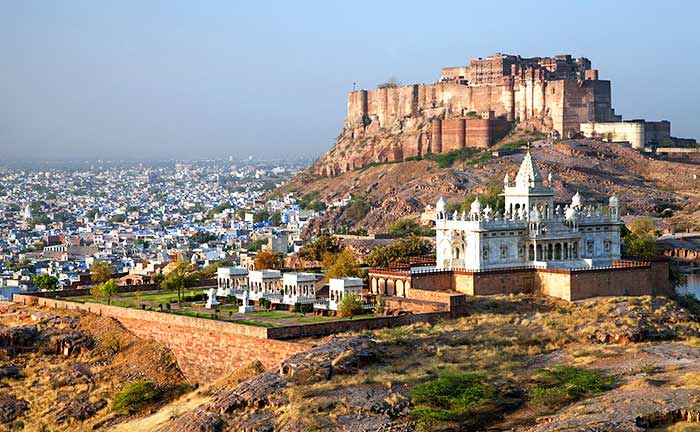 A beautiful palace, situated on the Southern Island of PicholaLake, Jag Mandir palace is a three-storied palatial edifice made in marble and yellow sandstone. Constructed in the initial 17th century, Jag Mandir palace was under the strict supervision of Maharana Karan Singh, which served as the hide-out for Prince Khurram (Shah Jahan to the whole world).

Prince Khurram was born to a Rajput mother, so Maharana Karan Singh was helped by him all through. The City palace of Udaipur was the safe haven for Prince Khurramand his family. The palace was under construction, at that time. Karan Singh moved into Jag Mandir Palace, when the aristocrats tried to intervene.

Shah Jahan (Prince Khurram), Mughal king got hold of many ideas, especially of ‘pieta-dura’ work, from Jag Mandir Palace for one of the 7 wonders of the worlds – the Taj Mahal, when he stayed in 1623-24. Maharana Jagat Singh, later completed it.If critically analysed, the rest of the intricacies were the further added.

Gul Mahal attracts the tourists, as this place where Prince Khurram residedwith hisfamily. Gul Mahal is constructed in the Islamic architectural fashion, stating Karan Singh had in his conscious the taste of Prince Khurram. Decorated with the Muslim crescent and amazing interiors, the hall served as the religious purpose to Prince Khurram. Outside the complex, a mosque was also constructed. The exterior, courtyard is another attraction, with black and white tiles.

Other pavilions made with twelve solid marble slabs, namely Bara Patharon ka Mahal, Kunwar Pada ka Mahal and the Zenana Mahal. Bara Patharon ka Mahal was structured of solid marble slabs. The crowned prince supposedly sat in the Kunwar Pada ka Mahal. Several chambers for the ladies of the royalty were offered the Zenana Mahal. The gardens of the palaceis adorned with beautiful floras and faunas.

On one’s trip to this magnificent palace, a quick check to its museum can be a great idea.It gives an impression of guarding the beautiful palace on the islet. At present, the complex inside the Palace consist of a Darikhana restaurant, thereforeattending for ages.